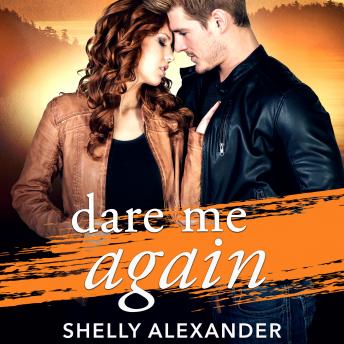 Hot-wired and restless, financial wizard Elliott Remington doesn’t turn down a dare. This time it’s to coordinate a service-dog boot camp for veterans at his family’s resort. Success means a one-way ticket to the West Coast to pursue his dream career. But it comes with a hitch: teaming up with his ex, who vanished on him ten years ago with nothing more than a kiss-off note.

As fiery as her hair and as stubborn as her name, Rebel Tate did what she had to do—for Elliott’s sake and her own. A dog whisperer with a keen sense of survival, she’s lived a tough life. Here she is, back in Angel Fire Falls, doing what she loves, next to a man she’s never forgotten. While the flame between them still smolders, neither is ready to get burned.

For Elliott, trusting Rebel is a gamble. For Rebel, sharing the secrets that sent her running is a risk. Now, while finishing a job that could define both their futures, two hearts are about to collide—and a second chance at true romance could be the greatest dare of all.