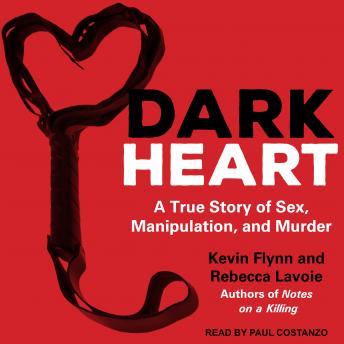 Dark Heart: A True Story of Sex, Manipulation, and Murder

Was murder part of the game?

Seventeen-year-old Kat McDonough grew up with theater in her blood-and a penchant for make-believe. More than a decade older, Seth Mazzaglia was well known in the community theater circle of Portsmouth, New Hampshire. He, too, had a rich inner life-and he soon had Kat convinced that they were soul mates.

To intensify their bond, Seth lured Kat into a world of violent sex and role-playing, where she was his slave. But even that wasn't enough to satisfy his ravenous appetites.

Enter Lizzi Marriott, the new girl in town. And when she accepts an invitation to Kat and Seth's apartment, she will never be seen again . . .

Dark Heart: A True Story of Sex, Manipulation, and Murder