Dark Is the Sun 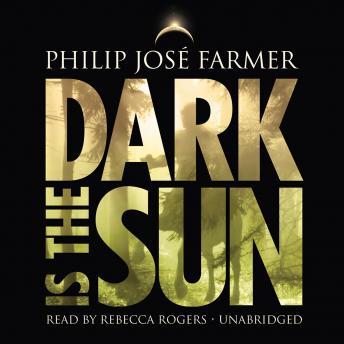 Fifteen billion years from now, Earth is a dying planet, its skies darkened by the ashes of burned-out galaxies and its molten core long cooled. The sunless planet is nearing the day of final gravitational collapse in the surrounding galaxy. Mutations and evolution have led to a great disparity of life-forms, while civilization has resorted to the primitive.
Young Deyv of the Turtle Tribe knew nothing of his world's history or its fate. He lived only to track down the wretched Yawtl who had stolen his precious Soul Egg. Joined by other victims of the same thief-the feisty Vana and the plant-man Sloosh-he sets off across a nightmare landscape of monster-haunted jungle and wetland. Their search leads them ultimately to the jeweled wasteland of the Shemibob, an ageless being from another star who knows Earth's end is near and holds the only key to escape.

Dark Is the Sun