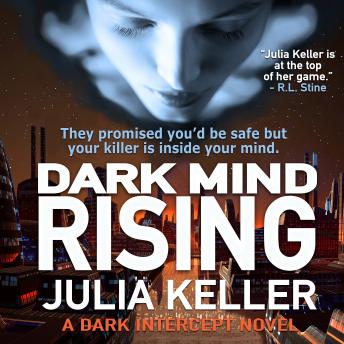 Pulitzer Prize-winning author Julia Keller continues her Dark Intercept science fiction series with Dark Mind Rising, a thrilling, speculative murder mystery set in a chilling future where citizens believe they're free after years of emotional surveillance only to discover a killer is targeting their deepest fears.
When the state is no longer watching, what will you give to feel safe?
New Earth, 2296. Two years after the destruction of a universal surveillance system called the Intercept, New Earth struggles to keep crime under control. The citizens are free, but not protected.
Violet Crowley, the eighteen-year-old daughter of New Earth's founder, has opened Crowley & Associates, a private detective agency, to handle the overflow from the overburdened police force.
Violet's first case?a death written off as a suicide?becomes an obsession. Soon a series of similar deaths leads Violet to believe the Intercept is not only still running?it's in the hands of a killer.