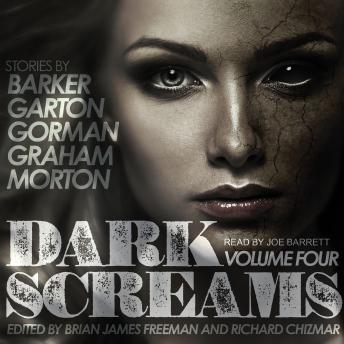 'The Departed' by Clive Barker: On All Hallows' Eve, a dead and disembodied mother yearns to touch her young son one last time. But will making contact destroy them both?

'Creature Feature' by Heather Graham: What could be better publicity for a horror convention than an honest-to-goodness curse? It's only after lights out that the hype-and the Jack the Ripper mannequin-starts to feel a little too real.

'The New War' by Lisa Morton: Mike Carson is a war hero and a decorated vet. He doesn't deserve to be trapped in a hospital with some black thing sitting on his chest as patients die all around him. His only hope is to take out the nurse before it's his turn.

'Sammy Comes Home' by Ray Garton: It's what every family prays for: a lost pet returning home. But when Sammy, the Hale family sheepdog, appears on their doorstep, he brings back something no parent would ever wish upon his or her child.

'The Brasher Girl' by Ed Gorman: Cindy Marie Brasher is the prettiest girl in the Valley, and Spence just has to have her. Unfortunately, Cindy has a 'friend'-a friend who tells her to do bad things.