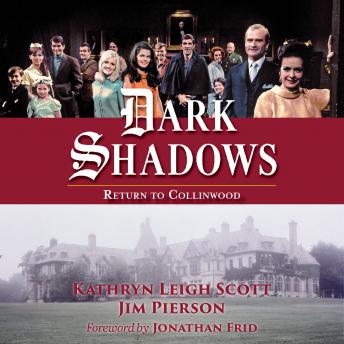 Dark Shadows: Return to Collinwood presents a look back at four decades of the successful spooky soap opera that made sympathetic vampire Barnabas Collins a pop culture phenomenon and prompted the big-budget, big-screen Warner Bros. revival starring longtime fan Johnny Depp, directed by Tim Burton, that premieres May 11, 2012.  With the ongoing fascination for all things vampiric, this audiobook about the making of the new film and the history of the original series will be an enticing volume for new and old fans alike.

The suspenseful Gothic tales of Dark Shadows center on the wealthy but tormented inhabitants of the mysterious Collinwood estate in the small fishing village of Collinsport, Maine, where the powerful Collins family has been haunted for generations by vengeful curses and other supernatural secrets that span the centuries.