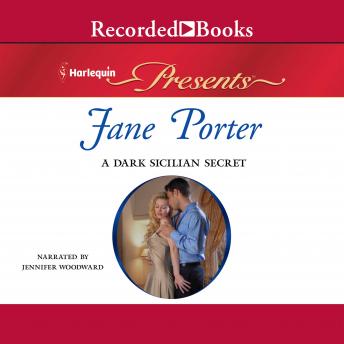 The best-selling author of more than 30 novels, Jane Porter pens sizzling works, four of which have been named as finalists for the prestigious RITA Award. Featuring the dangerously attractive Vittorio d'severano, A Dark Sicilian Secret finds Jillian Smith in a state of crisis after she discovers her aforenamed lover has been hiding a secret life. Starting anew without Vittorio, Jillian means to raise their small child on her own. But now Vittorio has returned -- and he means to put a ring on her finger.

This title is due for release on November 2, 2012
We'll send you an email as soon as it is available!