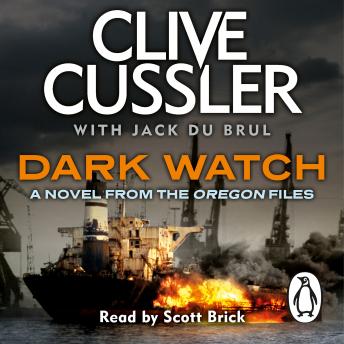 A deadly band of pirates is terrorizing the waters of the Far East - and the crew of the Oregon may be the only people who can stop them...

Juan Cabrillo and his expert team on the Oregon are used to working dirty, dangerous jobs. While thwarting terrorist missiles, Cabrillo and the crew stumble on pirates in the seas of China - men who are more concerned with destroying ships with their Shock and Awe attacks than plundering their valuables. When the team grows desperate for all the information they can get, one of Juan's best men risks everything to get closer to the truth.

Soon, the Oregon team will discover that the pirates are hiding a much more deadly power: an international conspiracy of slavery that will rock the very foundations of the world banks. Millions of dollars and thousands of lives are at stake - and Juan Cabrillo is their only hope...