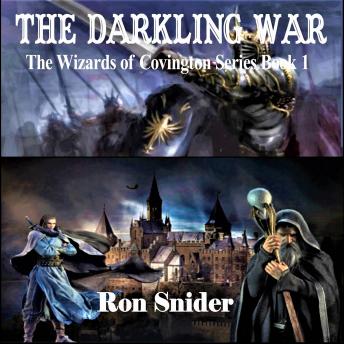 In a faraway place known only as the Land. An evil maniacal creature known as the Darkling rages a war of conquest against the kingdom of Covington and the inhabitants of the Land.
When the Darkling's Army of demon spawn is finally defeated at Quagmire deep, located far below Mount Quagmire, the Darkling manages to escape by fleeing on horseback to hide inside of the mountain that only has one way in with no way out.
When members from the Council of Wizards riding to catch the Darkling, they rein in their horses before the entrance of the mountain. Deciding to seal the Darkling in by using a powerful spell that consists of, when the creature dies, and its body has long turned to dust, it's evil spirit will still be sealed inside the mountain.
However, due to unforeseen events, three centuries later the creature's spirit escapes its mountain tomb and resurrects its massive army of demon spawn.
With the powerful Council along with the Order of the Wizard's now deceased, except for one, the Wizard Alistarr, he and a small group of inhabitants must set out on an epic quest to retrieve a legendary crystal that could be their savior or the Lands ultimate demise.