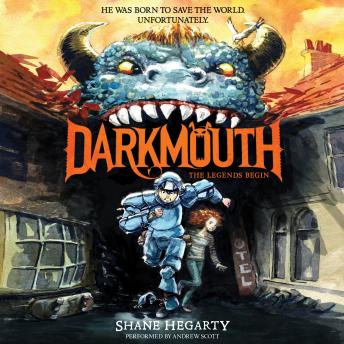 For generations, Finn’s family has protected Darkmouth from the fierce magical creatures known as Legends. Now the Legends are plotting a major attack, and it’s Finn’s turn to defend his hometown. So it’s too bad he’s the worst Legend Hunter in history.

The world’s unlikeliest hero is also its only hope in this middle grade series full of madcap adventure and mythological creatures—perfect for fans of How to Train Your Dragon and The Hero’s Guide to Saving Your Kingdom.