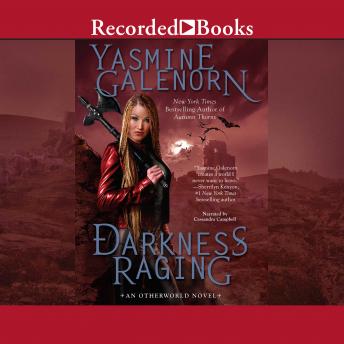 The New York Times bestselling author of Panther Prowling returns to the Otherworld where one of the D'Artigo sisters faces a terrifying challenge that's more personal than she ever could have imagined. We're the D'Artigo sisters: savvy half-human, half-Fae ex-operatives for the Otherworld Intelligence Agency. My sister Camille is a wicked-good witch. Delilah is a two-faced werecat and a Death Maiden. And me? I'm Menolly, a vampire married to a gorgeous werepuma. As the war in Otherworld arrives, Blood Wyne, Queen of the Vampires, summons me. Apparently, my position as Roman's consort entails more than I imagined... As the Demon Lord Shadow Wing creates his own sinister version of the Keraastar Knights-the guardians of the spirit seals-to destroy the portals and free himself from the Sub Realms, his ally, the necromancer Telazhar, leads an assault from Otherworld into the streets of Seattle. And my sisters and I are caught dead center. Then, on the eve of war, my wife, Nerissa, is captured. The enemy demands we surrender the rest of the spirit seals, or they are going to kill her. I will do anything to save her. Even if it means leading an army of vampires into the very depths of the Subterranean Realms... NEVER BEFORE PUBLISHED