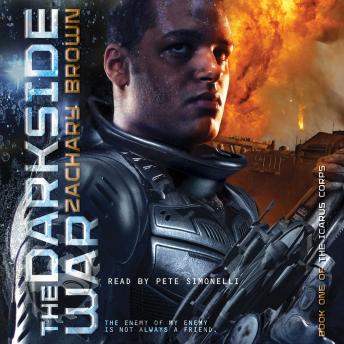 Aliens have conquered Earth, but they haven’t conquered humanity—yet. A young army conscript battles for survival in this action-packed futuristic thriller that will appeal to fans of Halo and Inglorious Bastards.

Devin is a reluctant conscript to an alien-run army: when the Accordance conquered Earth, they said it was to prepare against the incoming alien Conglomeration forces. But as Devin travels to the dark side of the moon for boot camp and better acquaints himself with his so-called allies, his loyalties are increasingly tested. Because the enemy of the enemy is not always a friend. Sometimes they’re a far, far worse threat.