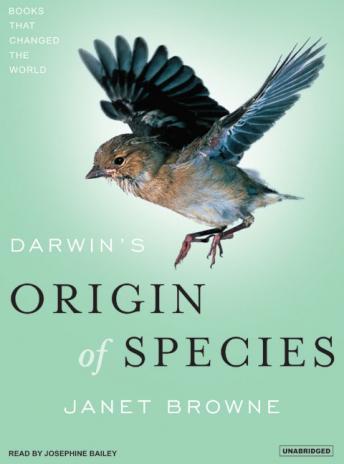 Darwin's Origin of Species: A Biography

A sensation on its publication in 1859, The Origin of Species profoundly shocked Victorian readers by calling into question the belief in a Creator with its description of evolution through natural selection. And Darwin's seminal work is nearly as controversial today. In her illuminating study, award-winning biographer Janet Browne delves into the long genesis of Darwin's theories, from his readings as a university student and his five-year voyage on the Beagle, to his debates with contemporaries and experiments in his garden. She explores the shock to Darwin when he read of competing scientists' similar discoveries and the wide and immediate impact of Darwin's theories on the world. As one of the launch titles in the Atlantic Monthly Press's Books That Changed the World series, Browne's history takes readers inside The Origin of Species and shows why it can fairly claim to be the greatest science book ever published.

Darwin's Origin of Species: A Biography

This title is due for release on March 24, 2007
We'll send you an email as soon as it is available!