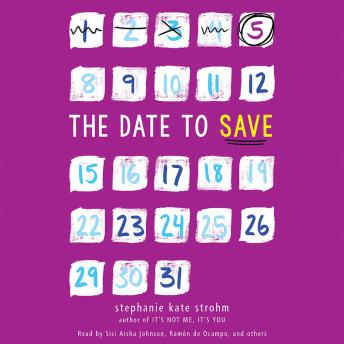 The Date to Save

After a scheduling mishap occurs, one student tracks how her high school's homecoming game, the academic battle, and class election all ended up on the same day with hilarious results!

Angelica Marie Hutcherson only agreed to write 250 words on the Academic Battle for the Homecoming Edition of the school's newspaper because the editor won't accept any of her other stories. But as Angelica starts to do her research, she comes to a startling realization: The Academic Battle, the Homecoming game, and the class election have all accidentally been scheduled on the same day and it's too late to do anything about it!

Many of the students are supposed to be at more than one of those events at the same time. Angelica decides to interview her classmates, teachers, and even rivals to document just how this all came to be, and how it will play out in the end. Could this have been more than accident all along . . . ?