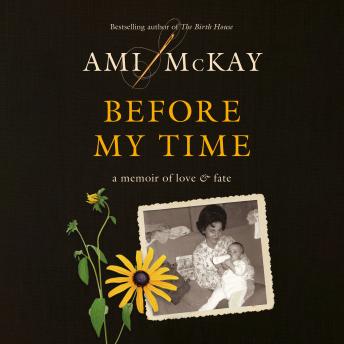 Daughter of Family G: A Memoir of Cancer Genes, Love and Fate

Weaving together family history, genetic discovery, and scenes from her life, Ami McKay tells the compelling, true-science story of her own family's unsettling legacy of hereditary cancer while exploring the challenges that come from carrying the mutation that not only killed many people you loved, but might also kill you.

The story of Ami McKay's connection to a genetic disorder called Lynch syndrome begins over seventy years before she was born and long before scientists discovered DNA. In 1895 her great-great aunt, Pauline Gross, a seamstress in Ann Arbor, Michigan, confided to a pathology professor at the local university that she expected to die young, like so many others in her family. Rather than dismiss her fears, the pathologist chose to enlist Pauline in the careful tracking of those in her family tree who had died of cancer. Pauline's premonition proved true--she died at 46--but because of her efforts, her family (who the pathologist dubbed 'Family G') would become the longest and most detailed cancer genealogy ever studied in the world. A century after Pauline's confession, researchers would identify the genetic mutation responsible for the family's woes. Now known as Lynch syndrome, the genetic condition predisposes its carriers to several types of cancer, including colorectal, endometrial, ovarian and pancreatic.
In 2001, as a young mother with two sons and a keen interest in survival, Ami McKay was among the first to be tested for Lynch syndrome. She had a feeling she'd test positive: her mother's side of the family was riddled with early deaths and her own mother was being treated for the disease. When the test proved her fears true, she began living in 'an unsettling state between wellness and cancer,' and she's been there ever since. Intimate, candid, and probing, her genetic memoir tells a fascinating story, teasing out the many ways to live with the hand you are dealt.

Daughter of Family G: A Memoir of Cancer Genes, Love and Fate