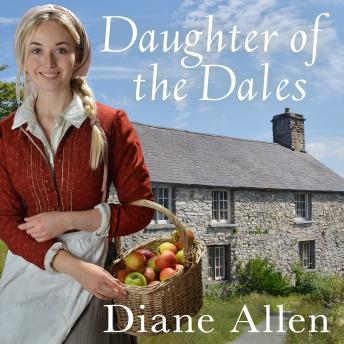 Daughter of the Dales

A moving Yorkshire saga, Daughter of the Dales is the much anticipated finale in Diane Allen's Windfell Manor Trilogy.
The death of the family matriarch, Charlotte Atkinson, at Windfell Manor casts a long shadow over Charlotte's husband Archie and her two children, Isabelle and Danny. With big shoes to fill, Isabelle takes over the running of Atkinson's department store but her pride - and heart - is tested when her husband James brings scandal upon the family and the Atkinsons' reputation.
Danny's wife Harriet is still struggling to deal with the death of their first two children - a death she blames Isabelle for. But Danny himself is grappling with his own demons when a stranger in town brings to light a long-forgotten secret from his past.
Meanwhile, Danny and Harriet's daughter Rosie has fallen under the spell of a local stable boy, Ethan. But will he stand by her or will he cause her heartache? And can Isabelle restore the Atkinsons' reputation and her friendship with Harriet, to unite the family once more?

Daughter of the Dales