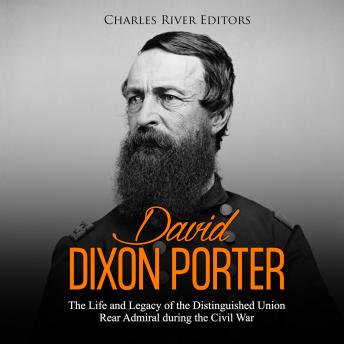 David Dixon Porter: The Life and Legacy of the Distinguished Union Rear Admiral during the Civil War

Americans have long been fascinated by the Civil War, marveling at the size of the battles, the leadership of the generals, and the courage of the soldiers. Since the war's start over 150 years ago, the battles have been subjected to endless debate among historians and the generals themselves. The Civil War was the deadliest conflict in American history, and had the two sides realized it would take 4 years and inflict over a million casualties, it might not have been fought. Since it did, however, historians and history buffs alike have been studying and analyzing the biggest battles ever since.
The North managed to have spectacular success jointly coordinating operations between the Army and Navy, thanks in large measure to the leadership of officers like David Farragut and David Dixon Porter. While generals like Ulysses S. Grant and William Tecumseh Sherman received the lion's share of the credit for Union victories, especially in the Western Theater, naval forces were instrumental in the capture of New Orleans and Vicksburg, as well as at Fort Donelson and Fort Henry.
Porter was recognized throughout the Civil War for his service, even as he was subjected to the kind of politicking that marked the war effort in Washington, and he became just the second man in the history of the U.S. Navy to attain the rank of Admiral. He would also have a distinguished career after the war as he helped reform the Navy. David Dixon Porter: The Life and Legacy of the Distinguished Union Rear Admiral during the Civil War chronicles Porter's upbringing and how it prepared him for his important service in the Civil War.

David Dixon Porter: The Life and Legacy of the Distinguished Union Rear Admiral during the Civil War