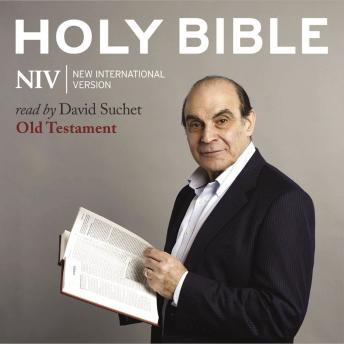 Ever since he became a Christian at the age of forty, it has been Poirot actor David Suchet's dream to make an audio recording of the Bible. In between filming the final episodes of Poirot, David Suchet spent over 200 hours in the recording studio to create the very first full-length audio version of the NIV Bible spoken by a single British actor. This Old Testament edition is excerpted from that Bible.

This audio Bible is also available as an app. The app contains the full text of the New International Version (British Text), so you can easily navigate the audio or read and listen at the same time.