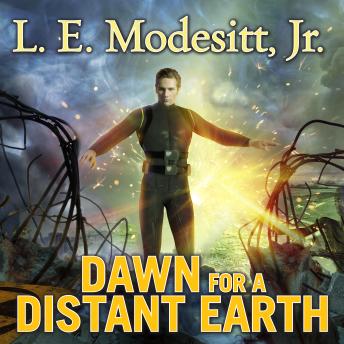 Dawn for a Distant Earth

Thousands of years in the future, Earth is a desolate ruin. The first human ship to return in millennia discovers an abandoned wasteland inhabited only by a few degenerate or mutated human outcasts. But among them is a boy of immense native intelligence and determination who grows up to become the force behind a plan to make Earth flower again. He is, if not immortal, at least very long-lived, and he plans to build an independent power base out in the galaxy and force the galactic empire to devote centuries and immense resources to the restoration of the ecology of Earth.

Dawn for a Distant Earth