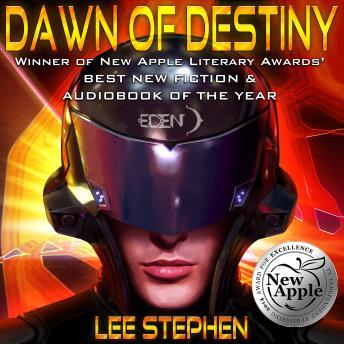 The year is 0011NE, and mankind is under attack. Hostile forces from other worlds have come to Earth, their motivations a mystery, their objectives unknown. In the face of the alien threat, a global military called the Earth Defense Network--EDEN--was created.

Dawn of Destiny begins the story of Scott Remington, a new graduate of EDEN Academy. It is the first chapter in an epic that will carry him to the ends of the Earth, challenging the very faith he clings to as he confronts a purpose he can barely understand. For Scott, war is more than an occupation. It is the place God has led him. It is his destiny. Only one thing remains to be seen.

Is it a place he's willing to go?