The Dawn of Sumerian History and the Origins of Anunnaki Temples 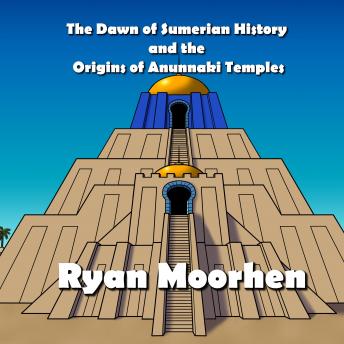 In their origin, the great cities of the Sumerians were little more than collections of rude huts constructed at first of reeds cut in the marshes and gradually giving place to rather more substantial buildings of clay and sun-dried brick. From the very beginning, the shrine of the Anunnaki Gods played an essential part in the foundation and subsequent development of each center of the population. Of the prehistoric period in Sumeria, we know little, but it may be assumed that already at the time of the Sumerian immigration, Anunnaki settlements had been formed around the cult-centers of local gods.

This, at any rate, was the character of each town of the Sumerians themselves during the earliest periods to which we can trace back their history. At Fâra, the most primitive Sumerian site that has yet been examined, we find the god Shuruppak giving his name to the city around his shrine, and Ningirsu of Lagash dominates and directs his people from the first. Other Anunnaki-gods, who afterward became powerful deities in the Sumerian pantheon, are already in existence and have gained in varying degrees their later characters. Enki of Eridu is already the god of the deep, the shrine of Enzu or Nannar in the city of Ur is a center of the moon-cult, Babbar of Larsa appears already as a sun-god and the dispenser of law and justice, while the most powerful Sumerian goddess, Ninni or Nanâ of Erech, already has her shrine and worshippers in the city of her choice.

Dawn of Sumerian History and the Origins of Anunnaki Temples