Daws Butler Teaches You Dialects: Lessons from the Voice of Yogi Bear! 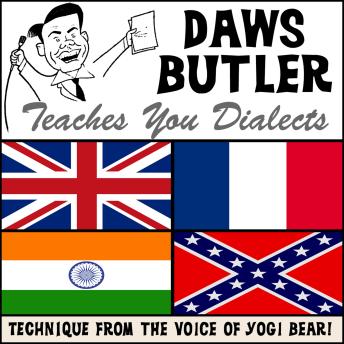 As heard on Sirius XM Radio and NPR stations!
DawsButler was the voice magician behind such classic cartoon characters as YogiBear, Huckleberry Hound, and Quick Draw McGraw. Daws talks directly to you,demonstrating his dialect technique and entertaining you at the same time! Dialectsfeatured include British, Cockney, Irish, Scottish, Italian, Brooklyn, Hindu,German, French, and Southern. For further information, check out the companionbook, Scenes for Actors and Voices.

Daws Butler Teaches You Dialects: Lessons from the Voice of Yogi Bear!