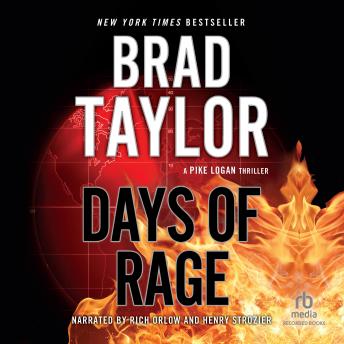 The Taskforce is used to being the hunter, but this time they're the hunted. Intent on embroiling the US in a quagmire that will sap its economy and drain its legitimacy, Russia passes a potential weapon of mass destruction to Boko Haram, an extreme Islamic sect in Nigeria. A relic of the Cold War, the Russian FSB believes the weapon has deteriorated and is no longer effective, but they are wrong. Boko Haram has the means for mass destruction, which will be set loose upon a multitude of unsuspecting innocents on one of the world's grandest stages. Trying to solve the riddle of who might be stalking them, Pike Logan and the Taskforce have no idea what's been set in motion; but there's another secret from the Cold War buried in the Russian FSB, and exposing it will mean the difference between life and death-not only for Pike and his partner, Jennifer, but for perhaps millions more around the globe.