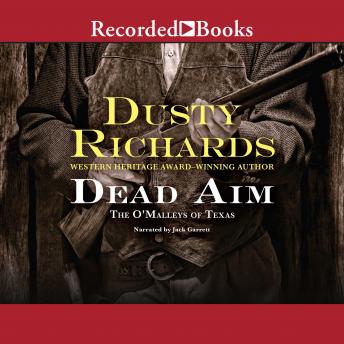 From Western Writers of America Spur Award-winning author Dusty Richards comes a thrilling new chapter in the O'Malley family saga, a blazing American epic of blood, bullets, and brotherhood set deep in the heart of Texas . . . Long John O'Malley is only nineteen years old, but he's no greenhorn. The oldest and boldest of the O'Malley brothers, Long John cut his teeth tangling with Comanche at the tender age of sixteen. He risked his life to rescue a group of captive women settlers-and forged his own destiny as a hero in the making. Now he's taking on his biggest challenge yet: riding shotgun on a wagon train across the hostile Nebraska Territory. It's a treacherous trail, and it's not long before the young Texan is earning his paycheck by fighting off a tribe of bloodthirsty Sioux. But the real test lies in the journey ahead-a genuine ride to hell and back, from the Rocky Mountains to Sante Fe and all the way home-that will either make Long John O'Malley a living legend . . . or a dead one.