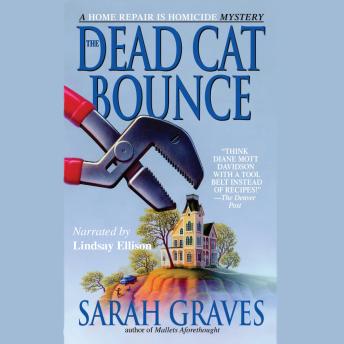 Since she bought her rambling fixer-upper of a house, Jacobia Tiptree has gotten used to finding things broken. But her latest problem isn't so easily repaired. Along with the rotting floor joists and sagging support beams, there's the little matter of the dead man in Jake's storeroom, an ice pick planted firmly in his cranium. Not much happens in her tiny Maine town, but that's about to change. Jake's unknown guest turns out to be local boy turned billionaire Threnody McIlwaine. When Jake's best friend, quiet and dependable Ellie White, confesses to the murder, cops and journalists swarm into the snowbound Eastport. Jake smells a cover-up and begins poking into past history between McIlwaine and Ellie's family. But someone doesn't like nosy neighbors-and Jake's rustic refuge may become her final resting place.