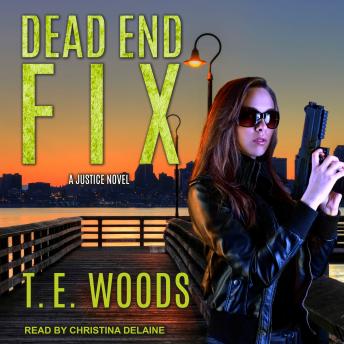 There's a gang war unfolding on the streets of Seattle. A young boy has been killed in a drive-by shooting, and the ensuing chaos threatens to engulf the city. Normally, chief of detectives Mort Grant would be dealing with the fallout-but right now, his mind is elsewhere . . .

In one gut-wrenching phone call, Mort's worst fears are realized. His granddaughter Hadley has been kidnapped, and the culprit is his own flesh and blood: Allie, his daughter and Hadley's aunt. Now, desperate for any sign of the missing six-year-old girl, Mort turns once again to the relentless vigilante called The Fixer for help.

After rising to the top of one of the largest criminal enterprises in the world, Allie Grant has turned her focus back on her family. But since they've rebuffed all her attempts at contact, she's punishing them the only way she knows how. With an endless stream of cash and connections that span the globe, Allie makes a formidable target. But The Fixer boasts the deadliest weapon of all: her razor-sharp mind.

Love this series. Love the narrator even more. Hope this is not the final book. We want more of the fixer. You will get addictive!