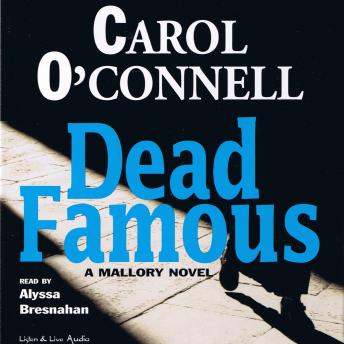 Night had fallen, and the woman looked down at the crumpled letter, as if, in absolute darkness, she could read the postscript: Only a monster can play this game.

In Chicago, and FBI agent is killed in a psychiatrist's waiting room. In New York, the jurors from a controversial trial are murdered one by one. The only connections between the two: a flamboyant shock-jock, who on-air comments seem to be taking him dangerously close to the edge, and a woman, her body misshapen since childhood, whose job it is to clean up crime scenes- and maybe create them as well.

This is a federal case, and Mallory's been told that the FBI wants no part of her. But she knows something nobody else does- and, besides when has she ever cared what anyone else wanted?