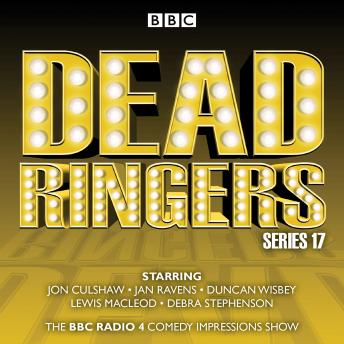 Dead Ringers returns with more sharp, topical comedy in these eight shows, featuring all six episodes from Series 17 as well as the two 2017 Christmas specials. Impressions and caricatures are the charming courtiers of explosively satirical truth-bombs as Jon Culshaw, Jan Ravens, Lewis MacLeod, Debra Stephenson and Duncan Wisbey take on the worlds of politics and entertainment.

The two Christmas editions feature HM The Queen, Dame Joan Bakewell and ‘Brexit Bulldog’ David Davis, as well as taking a look at how Britain’s media would cope if Donald Trump pushed the button.