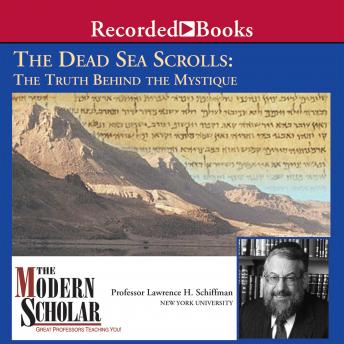 The Dead Sea Scrolls: The Truth Behind the Mystique

The Dead Sea Scrolls are perhaps the most important archaeological discovery of the twentieth century. These lectures set before the public the real Dead Sea Scrolls, the most important collection of Jewish texts from the centuries before the rise of Christianity. Only through efforts to understand what the scrolls can teach us about the history of Judaism is it possible for us to learn what they have to teach us about the history of Christianity, because Christianity came into being only after these texts were composed and copied. Professor Schiffman leads the listener through the complex details of the Scrolls and their true meaning for the world.

Dead Sea Scrolls: The Truth Behind the Mystique