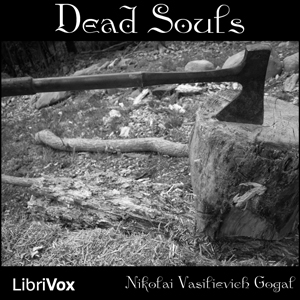 Dead Souls (Russian: ??????? ????) by Nikolai Gogol, Russian writer, was first published in 1842, and is one of the most prominent works of 19th-century Russian literature. Gogol himself saw it as an "epic poem in prose", and within the book as a "novel in verse". Despite supposedly completing the trilogy's second part, Gogol destroyed it shortly before his death. Although the novel ends in mid-sentence (like Sterne's Sentimental Journey), it is usually regarded as complete in the extant form.

In Russia before the emancipation of the serfs in 1861, landowners were entitled to own serfs to farm their land. Serfs were for most purposes considered the property of the landowner, and could be bought, sold, or mortgaged against, as any other chattel. To count serfs (and people in general), the measure word "soul" was used: e.g., "six souls of serfs". The plot of the novel relies on "dead souls" (i.e., "dead serfs") which are still accounted for in property registers. On another level, the title refers to the "dead souls" of Gogol's characters, all of which visualise different aspects of poshlost (an untranslatable Russian word which is perhaps best rendered as "self-satisfied inferiority", moral and spiritual, with overtones of middle-class pretentiousness, fake significance, and philistinism). (Summary from Wikipedia)