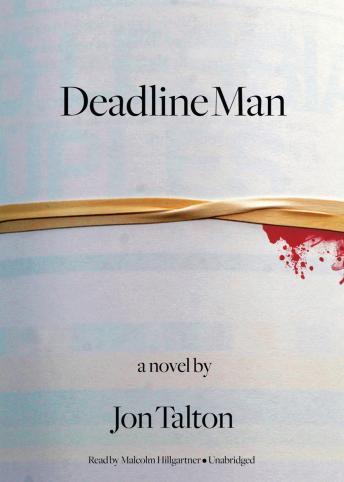 He's a man whose life is so intertwined with his job that we know him only as "the columnist." He writes for a newspaper in Seattle, isn't afraid to stir up trouble, and keeps his life-including his multiple lovers and his past-in safe compartments. It's all about to be violently upended when he goes out on what seems like the most mundane of assignments, looking into a staid company that "never makes news."
But from the moment one of his sources takes a dive off a downtown skyscraper, the columnist is plunged into a harrowing maze of murder, intrigue, and secrets that powerful forces intend to keep hidden at all costs. All he has to go on is a corporate world where nothing is as it seems, increasingly menacing encounters with mysterious federal agents, and the unsettling meme "eleven/eleven." Meanwhile, the paper itself is dying. The columnist joins with an aggressive young reporter to see if one explosive story can save a newspaper-and much more. They're running to make the deadline of their lives, and failure will bring lethal consequences.
Deadline Man is Jon Talton at his best, a novel that is both electrifying and intelligent, capturing the romance and harsh reality of newspaper journalism while raising important questions that will haunt listeners long after the fast-paced action ends.