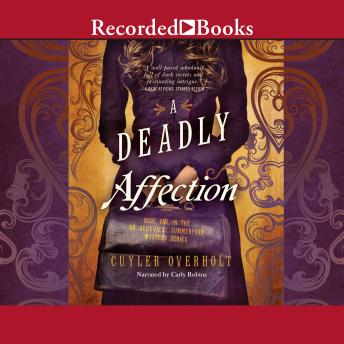 New York City, 1907. At the dawn of the twentieth century, Americans believe that science, especially the medical sciences, will soon conquer all of mankind's ills. For a brief time medical schools open their doors to women, allowing them to join the scientific crusade. Genevieve Summerford is one woman who answers the call.... After a past family tragedy for which she holds herself to blame, Dr. Genevieve Summerford wants nothing more than to succeed in her new career as a psychiatrist, and win back the respect of her family and peers. That goal is thrown into jeopardy, however, when one of her patients is arrested for murder - a murder Genevieve fears she may have unwittingly provoked. Desperate to prove to herself and the authorities that her patient is innocent, she is forced to enlist the aid of an influential Tammany captain who once worked for her family as a stable boy, and whose motives for helping her now are open to doubt. Forging an uneasy alliance, the two uncover an astonishing secret about one of the city's most powerful families: a secret which, should Genevieve choose to reveal it, could bring down catastrophe on those she cares most about, but which, should she let it lie, will almost certainly send her patient to the electric chair.