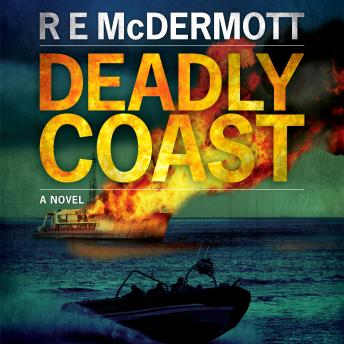 A pirate attack on the high seas...
...a deadly bio-weapon ready to detonate...
...and the man who can stop it, watching helplessly on a screen at home.
Ordered by his superiors to do nothing, CIA asset Tom Dugan watches Somali pirates board an American ship, imprison the crew, and broadcast the horror online. The spectacle of a hostage murdered spurs Dugan to action, and he assembles a team of mercenaries and rednecks for a rescue mission of his own.
Once on the water, Dugan faces a second deadly challenge: a Nazi germ warfare weapon containing a virus that could end civilization - raised from the bottom during a salvage operation and now in the hands of jihadists.
Fans of Clive Cussler, Dale Brown, and Tom Clancy will love this lightning-paced thrill ride, inspired by true events and read to you by Audie nominated and three-time winner of Audiofile Maganzine's prestigious earphone award, Todd Haberkorn,.
Get your copy today!
Note: Each Tom Dugan thriller is a standalone novel. They may be enjoyed in any order.

This title is due for release on February 21, 2013
We'll send you an email as soon as it is available!