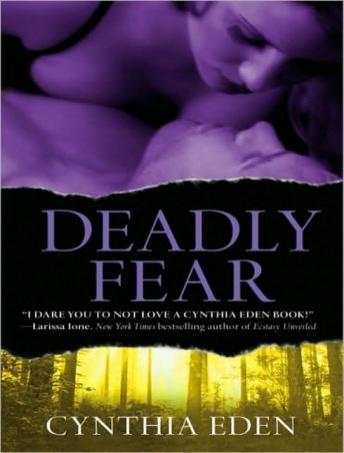 FBI Special Agent Monica Davenport has made a career out of profiling serial killers. But getting inside the twisted minds of the cruel and sadistic has taken its toll: She's walled herself off from the world. Yet Monica can't ignore fellow agent Luke Dante, the only man who ever broke through her defenses.

Luke has the unique ability to put victims at ease...professionally, he and Monica make a perfect team. Now they're reunited to catch a murderer who uses his victims' deepest, darkest fears for sport-but their investigative skills aren't enough. Luke and Monica will have to face the secrets from their past, the ones that terrify them the most, if they are to have a future together. But can they catch a killer whose weapon is deadly fear?