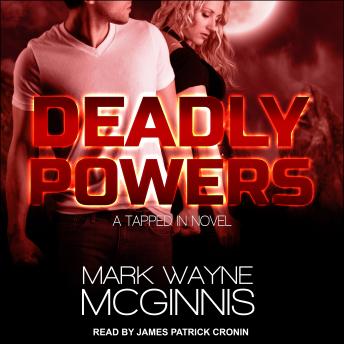 It's been nearly a year since Rob Chandler drove headlong into a telephone pole, on a deserted road outside Kingman, Arizona. He survived the crash, even the 30,000-volt high-power cable that dangled inches from his head. But he didn't come away from the incident anywhere near the same man he was before. On the negative side, he was hearing strange voices in his head; on the positive side, he'd gained the ability to look deep into others' minds . . . and influence their thoughts.

Now an agent for the small, covert, SIFTR Agency, Chandler is confronted with the possibility something terrible has occurred to a beloved fellow agent. He knows who is responsible, the WWZ, a fanatical Neo-Nazi organization and another, even more powerful organization, called the Order. Together they are making their move-one that could alter the geopolitical landscape of the United States, forever.

The newly selected multi-billionaire leader of the Order, Rudy Palmolive, has a unique hobby . . . he's built an 1881 re-creation of the town of Tombstone . . . it's a testing ground for those interested in joining his diabolical organization. When Chandler infiltrates the town, he'll need more than his unique mental capabilities . . . he'll need to draw his Colt .45 Peacemaker faster than the man going by the name Billy the Kid.