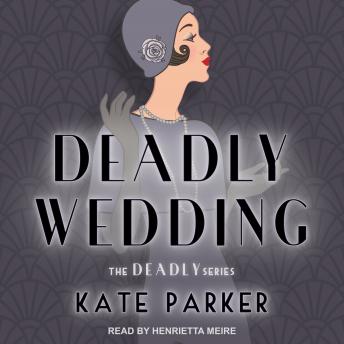 Olivia Denis is hesitant to help an old family friend get ready for her wedding outside London. The so-called friend is a master at using people. As a young widow trying to find her way through a new romantic relationship, Olivia would rather avoid the large party.

She definitely didn't plan to find the bride's grandfather stabbed to death. The cruel, enormously rich aristocrat had changed his will only the day before, angering all his children.

But as Olivia is forced to investigate the murder, she's called away by her employer, the owner of an influential London daily newspaper. She must carry out another secret assignment, one that will take her to Vienna, now part of Nazi Germany.

With war on the horizon and attacks on the old man's family increasing, can Olivia find a way to save lives in two countries?