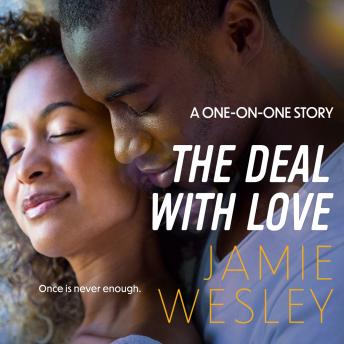 The Deal with Love

When filmmaker Christian Monroe runs into fiery-and frustrating-Elise Templeton at a party, the night quickly becomes the hottest one-night stand of their lives. But then her boss hires Christian to make a publicity film about Elise, and suddenly they're in each other's space. All day. Every day. And things are getting hotter... Outside the bedroom, the two have nothing in common. Elise is focused solely on becoming the NBA's first female general manager. And Christian learned long ago that being a workaholic-or being with one-is a recipe for disaster. But the more Elise reveals her deepest desires and fears to Christian-something she's done for no man, ever-the more Christian wonders how much longer he can keep his hands off the infuriating woman who rocked his world...

This title is due for release on December 16, 2019
We'll send you an email as soon as it is available!