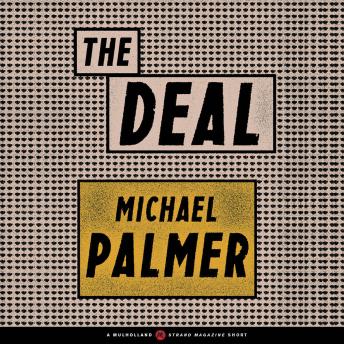 Michael Palmer and Matthew Palmer join forces to pen the story of John, a low-level criminal looking for the next big score in the in the factory town of Logan.

A small-time criminal joins a gang, he does a year in prison, and he swears he's better than all of it. That's when he decides he will rob the home of the Harpy, an ancient women living out her last days in a moldering mansion above town. But things don't go as John expects, and Harpy is given a reward that may well be a curse. With this information, John swears he's invincible . . . but has he thought of every angle?

'The Deal' by Michael Palmer and Matthew Palmer is one of 20 short stories within Mulholland Books's Strand Originals series, featuring thrilling stories by the most legendary authors in the Strand Magazine archives. View the full series list at mulhollandbooks.com and listen to them all!