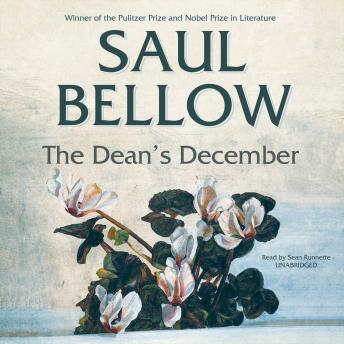 Albert Corde is a professor of journalism and dean of students at a Chicago university. He and his wife, Minna, travel to Bucharest, Romania, where Minna's mother has suffered a stroke and is lying semiconscious in thelocal state hospital. As Corde tries to adapt to life in his mother-in-law'ssmall apartment and cope with her relations and friends, news filters throughto him of problems he left behind in Chicago: one of his students has beenmurdered, and a series of articles he is writing offends powerful andinfluential Chicagoans he had thought of as friends. Gradually it becomes clearthat Corde's trip abroad is more than a brief interlude in a calm and orderlylife, and that nothing will ever be the same again. Witty and erudite, The Dean's December will be a delight to fans of Saul Bellow.