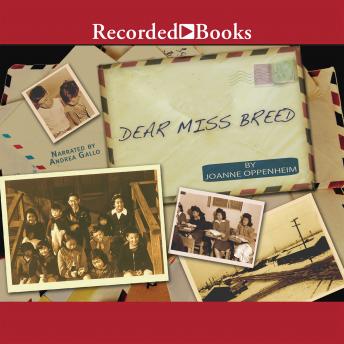 After Japanese planes bombed Pearl Harbor, over 100,000 Japanese Americans were ordered to leave their homes. The government was afraid that because they looked like 'the enemy,' they might be spies. One American, librarian Clara Breed, was heartbroken and outraged. As the San Diego Public Library's Children's Librarian, Miss Breed was close to many of the children who were evacuated. She went to the train station the day they left, handing out postcards and telling them to send her letters. During the years the children were in camps, she sent letters, books, supplies, and treats. She became someone the children could count on and someone they could talk to outside the crowded, dirty camps. Award-winning author Joanne Oppenheim was inspired to write this story after being reunited with a childhood Japanese American friend who was evacuated. '... deserves commendation for its sheer quantity of accessible, exhaustively researched information about a troubling period, more resonant now than ever, when American ideals were compromised by fear and unfortunate racial assumptions.'-Booklist, starred review

This title is due for release on May 9, 2014
We'll send you an email as soon as it is available!