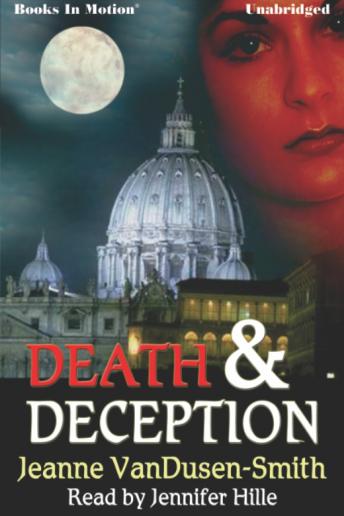 Death and Deception (aka Sindrome) is an action/adventure novel about the life of beautiful Eden O'Shea, a young woman caught up in an international struggle between the spiritual leader, Sai Rabah, and the evangelical ruler, Billi T. Tyler. With the help of a handsome government agent, Hans Dusson, she survives the danger and destruction planned for her, as she dares to seek the truth about the murder of her parents and her own identity. Eden is out, not only to expose the false prophets, but to find her natural mother, who was victimized by one of them. There is romance, political intrigue and a touch of glitz, as Eden travels to Great Britain, Amsterdam, Rome, and the walled city of Quebec, in her quest.