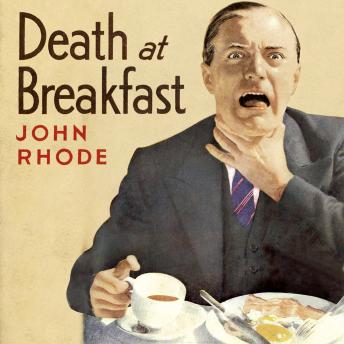 A classic winter’s crime novel by one of the most highly regarded exponents of the genre.


Victor Harleston awoke with uncharacteristic optimism. Today he would be rich at last. Half an hour later, he gulped down his breakfast coffee and pitched to the floor, gasping and twitching. When the doctor arrived, he recognised instantly that it was a fatal case of poisoning and called in Scotland Yard.


Despite an almost complete absence of clues, the circumstances were so suspicious that Inspector Hanslet soon referred the evidence to his friend and mentor, Dr Lancelot Priestley, whose deductions revealed a diabolically ingenious murder that would require equally fiendish ingenuity to solve.