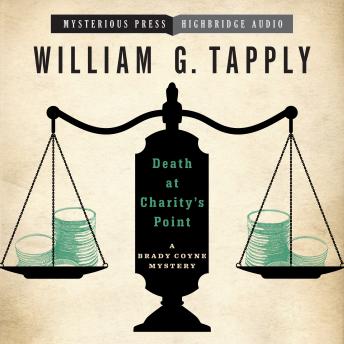 A Boston lawyer investigates a prep school teacher's suspicious suicide in this debut for 'one of the most likeable sleuths to appear on the crime scene' (The Washington Post Book World).

Brady Coyne never meant to become the private lawyer to New England's upper crust, but after more than a decade working for Florence Gresham and her friends, he has developed a reputation for discretion that the rich cannot resist. He is fond of Mrs. Gresham-unflappable, uncouth, and never tardy with a check-and he has seen her through her husband's suicide and her first son's death in Vietnam. But he has never seen her crack until the day her second son, George, leaps into the sea at jagged Charity's Point.

The authorities call it a suicide, but Mrs. Gresham cannot believe her son, like his father, would take his own life. As Brady digs into the apparently blemish-free past of this upper-class prep school history teacher, he finds dark secrets. George Gresham may not have been suicidal, but that doesn't mean he wasn't in trouble.