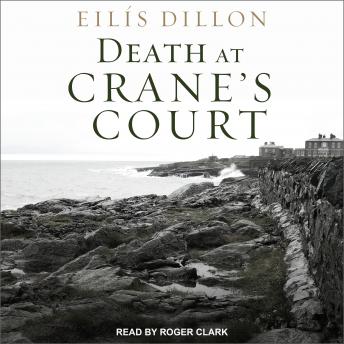 George Arrow, a good-looking, independently wealthy and single man of thirty-six, has just been diagnosed with a weak heart. A heart so weak, his doctor tells him, he must go to extraordinary lengths to avoid putting the slightest strain upon it. On his doctor's advice George packs up his life in Dublin, and boards a train to the Bay of Galway where he intends to live quietly in a hotel and await the inevitable end.

On the train he meets John Burden and as they chat, George realizes that his new acquaintance is an odious man. So it is with some alarm that he realizes the very unpleasant John Burden is, just like George himself, about to start a new chapter of his life at Crane's Court.

As that new life progresses, George realizes that all of his first impressions of Burden-that he is a selfish, nasty man-are entirely correct. And George is not the only person who thinks so.

So when Burden is found dead, stabbed through the heart with a kitchen knife, it's not a matter of finding out why he was killed, but of narrowing down the field of people who wanted him gone.

Inspector Mike Kenny must identify the killer, but where to start?