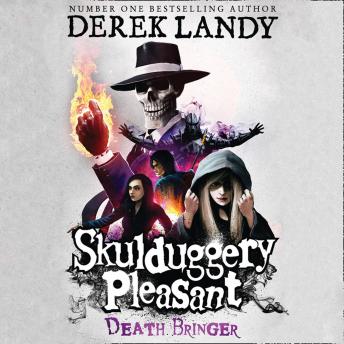 The sixth instalment in the historic, hysterical and horrific Skulduggery Pleasant series. Think you've seen anything yet? You haven't. Because the Death Bringer is about to rise...

The Necromancers no longer need Valkyrie to be their Death Bringer, and that's a Good Thing.

There's just one catch. There's a reason the Necromancers don't need her any more. And that's because they've found their Death Bringer already, the person who will dissolve the doors between life and death.