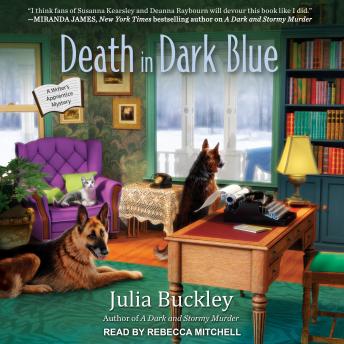 In the quaint town of Blue Lake, Indiana, Lena London is settling into her dream job, but someone is making her life a nightmare . . .

Things are beginning to go right for Lena. She's got a new job assisting suspense novelist and friend, Camilla Graham. She lives rent-free in Camilla's beautiful, Gothic house. She even has a handsome new boyfriend, Sam West.

After being under attack by the media and his neighbors, Sam has recently been cleared of suspicion for murder. Journalists and townsfolk alike are remorseful, and one blogger would even like to apologize to him in person. But when she's found dead behind Sam's house, Lena must dodge paparazzi as she unravels the many mysteries that threaten to darken the skies of her little town and her newfound love with Sam.