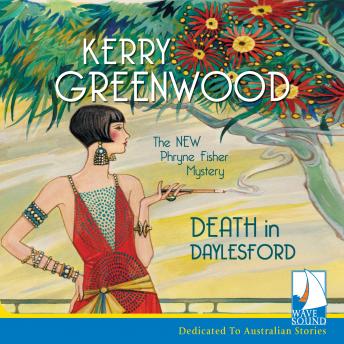 When a mysterious invitation arrives for Miss Phryne Fisher from an unknown Captain Herbert Spencer, Phryne's curiosity is excited. Spencer runs a retreat in Victoria's spa country for shell-shocked soldiers of the First World War. It's a cause after Phryne's own heart but what could Spencer want from her?

Phryne and the faithful Dot view their spa sojourn as a short holiday but are quickly thrown in the midst of disturbing Highland gatherings, disappearing women, murder and the mystery of the Temperance Hotel.

Meanwhile, Cec, Bert and Tinker find a young woman floating face down in the harbour, dead. Tinker and Phryne's resilient adopted daughters, Jane and Ruth, decide to solve what appears to be a heinous crime.

Disappearances, murder, bombs, booby-traps and strange goings-on land Miss Phryne Fisher right in the middle of her most exciting adventure.