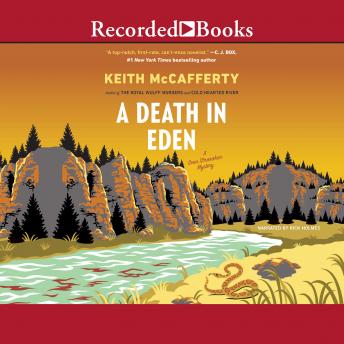 A Death in Eden

The seventh novel in the acclaimed Sean Stranahan mystery series: Scarecrows are appearing in the cliffs above the Smith River in Montana, and state investigator Harold Little Feather, is trying to discover the culprit leaving the hay figures in the cliffs, with signs painted that read 'No Smith River Mine-Not on My Watch.' The event is related to a copper mine project that threatens the river, but his investigation takes an ominous turn when a little girl claims that a scarecrow chased her in the night. At the same time, Sean Stranahan and his friend 'Rainbow' Sam Meslik have been contracted as guides to float a party down the river, which includes the manager of the mine project and the president of 'Save Our Smith,' a grassroots organization devoted to stopping the project. Both men grew up on the Smith on neighboring ranches. When a dead body is found in the park, it's revealed that the two have a shared history that runs much deeper and darker than their opposing viewpoints.