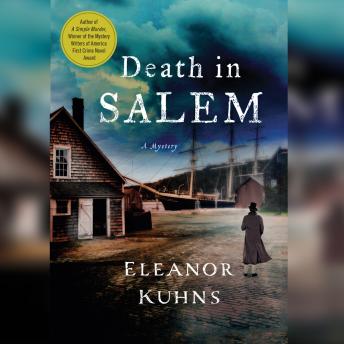 It's 1796, and traveling weaver Will Rees is visiting Salem, Massachusetts. He's in town to buy a luxurious gift for his pregnant wife. While traveling through Salem, however, Rees comes upon a funeral procession for the deceased Mrs. Antiss Boothe. When Rees happens upon Twig, a friend who fought alongside him in the war, he learns that Mrs. Boothe had been very ill, and her death had not come as a surprise. But the next morning, Mr. Boothe has also died - and this time it is clearly murder. When the woman that Twig loves falls under suspicion, Twig persuades Rees to stay in Salem and help solve the murder. Everyone Rees meets seems to be keeping some kind of secret, but could any of them actually have committed murder?

I was excited for this one thinking it would have something to do with the Salem witch trials but no and it really didn't keep my attention. still good.