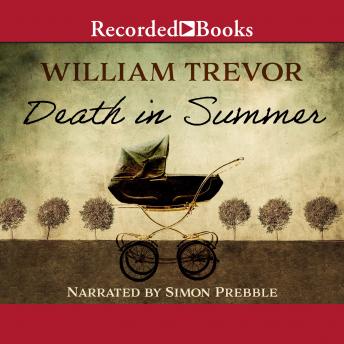 William Trevor has established himself among the most celebrated authors of the past century. In 1997, he was named honorary Commander of the British Empire for his contributions to literature. A New York Times best-seller, Death in Summer is hailed as 'astonishing' by the Los Angeles Times Book Review. Thaddeus Davenant's wife has just died in an automobile accident, leaving him to raise their infant daughter alone. Haunted by his wife's sudden death, Thaddeus agrees with his mother-in-law that the househould needs a nanny to help raise the child. Although she doesn't get the job, one young woman forms an immediate, secret attachment to Thaddeus and the baby-an attachment that will eventually become dangerous. Death in Summer is Trevor at his finest-his fluid, poetic prose and profound understanding of human nature make for an amazingly graceful novel. Simon Prebble delivers a sumptuous reading that equals the deep compassion of this remarkable book.